We study the physiological effects of ocean acidification on corals and their ecosystems. We use a combination of laboratory experiment and use natural analogues to study the chronic effects of OA and the ecosystem levels effects. See also the ICONA project for the international CO2 Natural Analogue Network.

The effect of OA has been mainly studied in the laboratory, where organisms isolated from their environment are exposed to high pCO2 for variable duration. This approach allows fine control of the environmental conditions and detailed study of the physiological effects of OA. However it does not allow the study in ecological process that will occur under the future conditions of pCO2. In our laboratory we use a combination of incubation experiment for the study of the physiological mechanisms and use natural analogues for the study of ecological processes under OA.

A state-of-the art incubation system was recently built with 120 aquariums with running seawater and individual control of pH through CO2 bubbling. Light is provided by LEDs and is adjustable for groups of 6 aquariums. Temperature can be controlled with the additions of heaters. Taken advantages of this system, we study the effects of OA on corals metabolism under different regime of CO2, light and temperature. Moreover, we build specific incubation system in the laboratory when required as, running seawater is available in each room. Another strong focus of the laboratory is to study the microchemical environment around corals and marine organisms. For this aim, we use unisense microsensors for pH and dissolved oxygen. We have built a custom fluid for microsensor measurement, that use a close system of seawater (50L), 100 x 10 x 10 cm water flume and allows the creation of a mostly laminar flow. 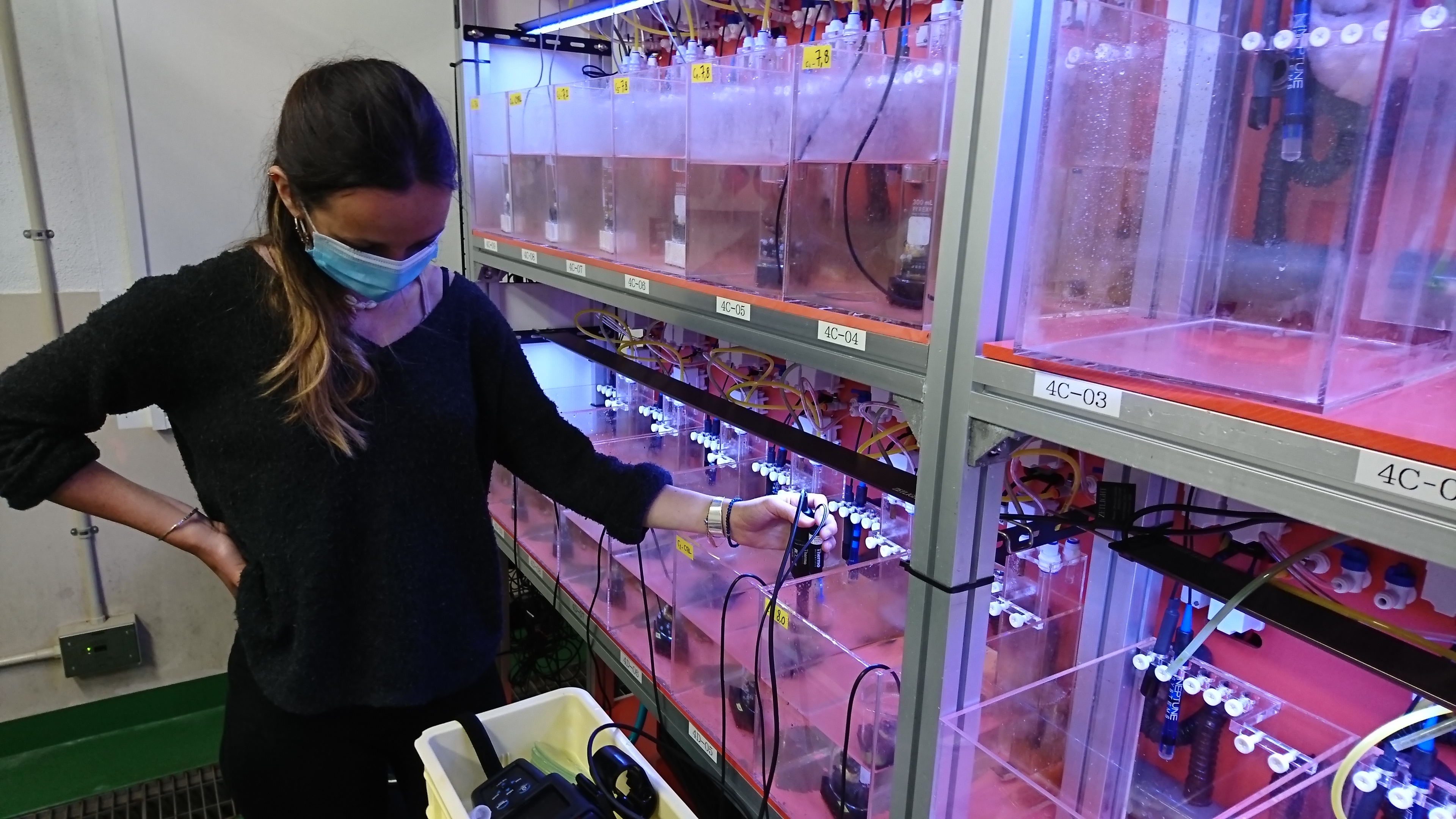 To study ecological processes under OA, and the resistance of corals to a chronic exposure to high pCO2, we use the Shikine Island CO2 seep. We discovered this seep in 2014, described its chemistry in 2015 and its biological communities in 2018. In Mikawa Bay, on the southern coost of Shikine Island, just two hours by boat from the Shimoda Marine Research Center, CO2 is released from the seafloor and the pCO2 conditions are similar to those expected for the end of the century. This allow us to study the effects of chronice exposure to high pCO2, but also to identify the resistant species and compare them to sensitive one in order to understand what eco-physiological characteristics allows them to resist.

We have been strongly collaborating with researcher teams around the world that also use natural analogues for ocean acidification. We have collaborated with the team of Dr Milazzo (Palermo University, Italy) who works at the Vulcano Island CO2 seep and the team of Dr Riccardo Rodolfo-Metalpa (IRD, New Caledonia) who works at CO2 seeps in Papua New Guinea and the semi-enclosed bay in Bourake, New Caledonia. Together and with many other collaborators in Japan and overseas, we have created the ICONA (International CO2 Natural Analogue Network) which aims at fostering ocean acidification using natural analogues. For more information on the ICONA project (JSPS core-to-core projects), see its dedicated website: ICONA.