From east to west and from north to south, Tara criss-crossed the Pacific Ocean to explore the hidden diversity of coral reefs and gain a better understanding of their capacity to adapt to climate change. From the Panama Canal to the archipelago of Japan (2016-2017), from New Zealand to China (2017-2018), the schooner traversed 11 time zones of the world’s largest ocean, and visit the most remote islands and reefs. The expedition is lead by Serge Planes (CNRS researcher) and Denis Allemand (CSM Monaco) and involves more than 100 laboratories across the world.

To know more about the Tara Pacific Expedition: Tara official website and the protocol used for the sampling of corals, algae and fishes and of oceanic sampling.

Our role in the expeditions is to lead the taxonomic identification of the coral specimens sampled during the expeditions using traditionnal morphological tools. We are crossing these results with those obtained using genetic tools. We are exploring also the contributions of genetic and environmental parameters that determine the morphology of corals at the micro (skeletal) and macro (colonial) levels.

We also lead the Japan leg, a special survey along Japan coast where we sailed from the Bay of Tokyo to Okinawa to study the ecological trajectories of coral ecosystems under ocean warming and acidification. 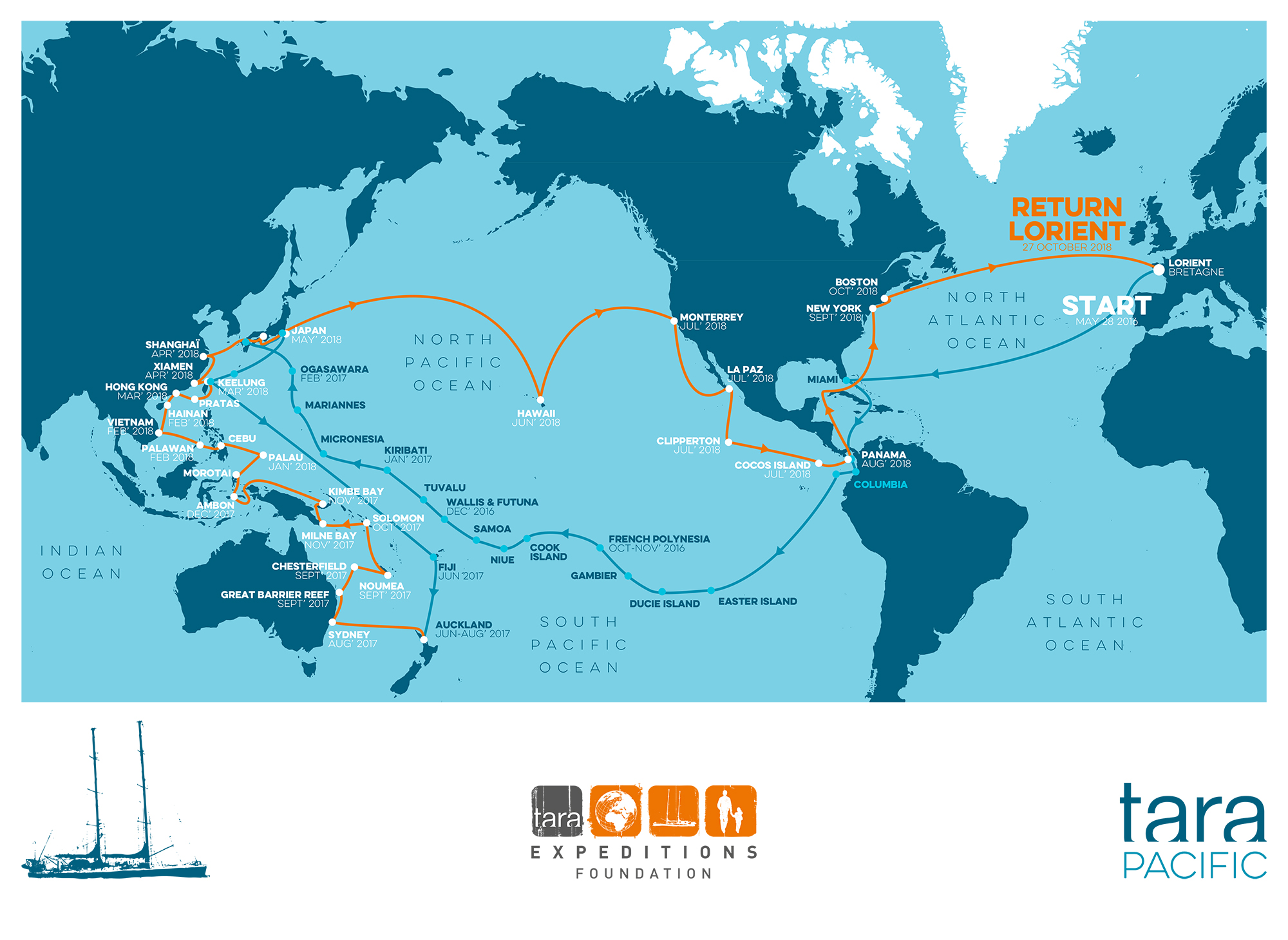